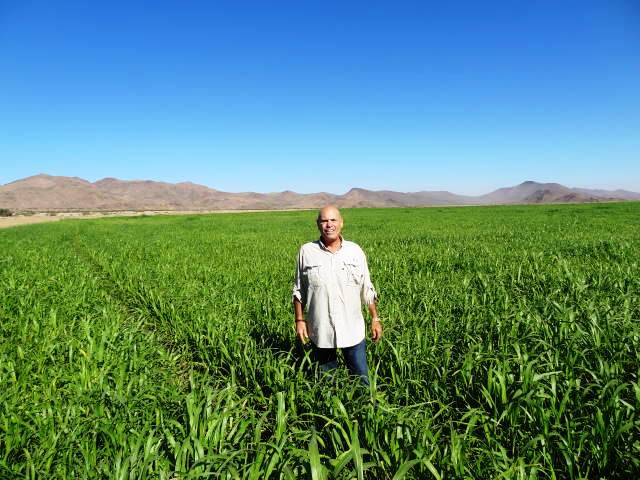 Good afternoon dear readers and welcome back to WeThePeopleLV.com!  This is Ken Baxter of Las Vegas and today is Monday, June 8th, 2015.  My lovely wife Linda and I recently concluded a wonderful two week road trip spent enjoying the marvelous sights and sounds of our beautiful American West.  As we meandered through Nevada, Utah, Idaho, Montana, and Wyoming we saw many incredible natural wonders however none more surprising than what we noticed in the grassy fields along the open road.  As we passed through hundreds of miles of rural farmland, the sheer number of grazing cattle we encountered was astounding!

Do you remember when the beef industry’s memorable advertising slogan “Beef. It’s What’s for Dinner” first appeared in the early 1990’s?  Even before that, in the mid-1980’s, a popular Wendy’s commercial begged us to wonder “Where’s the beef?”  Around that time, Americans love affair with beef seems to have catapulted, especially with low meat prices and all the weight loss fads, like Atkins and other low or no carbohydrate diets, steering us away from fruits and vegetables and instead advising us to torch excess calories with protein heavy, carb-free, “waist-friendly” meals laden with poultry, pork, shellfish, and yes – even beef.

In recent years though, the popularity and purported health benefits of a once taboo vegan or vegetarian lifestyle have caused quite a stir in the meat and dairy industry.  Eggs, milk, cheese, and any products made by or from animals are strictly off limits for many herbivores.  As a result, our American appetite for steaks and fried chicken has waned on the whole.

A study recently released in the Vegetarian Times reports that 7.3 million Americans follow a strictly vegetarian or vegan diet and 22.8 million more Americans lead a vegetarian-inclined lifestyle, favoring vegetables and fruits as their primary sustenance.  Together that’s almost 10% of the U.S. population!  Of those sampled, many respondents to the survey indicated their eating habits were a direct reflection of their desire to improve overall health, weight, and wellness, as well as a way to directly address concerns about the environmental impact of harvesting animals for consumption and uncertainties regarding animal welfare during production.

Yet despite recent trends, U.S. cattle farmers tend 89.8 million head of cattle (as of January 2015) up 1.4% from last year, and Americans still managed to consume nearly 71.2 pounds of red meat and 54.1 pounds of poultry on average, according to the USDA.  In fact, overall meat consumption has continued to rise in America and in the rest of the developed world, comprising nearly 40% of our daily protein intake and more than 15% of our daily caloric intake.  The US National Institutes of Health asserts that as income trends go up, meat demand also rises and thus production increases.  The negative aspect of this being that high meat consumption supplants the consumption of “healthier” whole-grain foods, cereals, and other plant-based foods which in turn, leads to higher rates of chronic illness including cardiovascular disease and cancer – the current leading causes of mortality in the U.S. and other westernized countries.

So if Americans are not benefitting from eating red meat, why do we continue to consume it at such an alarming rate?  Well, as I mentioned earlier, the clever advertising campaigns from the Beef Industry Councils may have some influence.  As I have talked about in a previous blog on healthy eating, those Oreo cookie and Snickers candy bars ads hounding us to buy junk food have an impact on our thought processes (whether we realize it or not) and advertisers know it.  Recent beef ads take it one step further by associating red meat with patriotism and good health by advising us to “Discover the Power of Protein in the Land of Lean Beef”.  The colorful ads display classic American landscapes – beaches, cliffs, mountains, canyons, and rivers – brought to life using one of twenty-nine cuts of beef re-imagined into powerful, iconic American images by using visually stimulating photography tricks.

Don’t buy into it my friends.   John F. Kennedy once said, “For the greatest enemy of truth is very often not the lie — deliberate, contrived and dishonest — but the myth — persistent, persuasive, and unrealistic.  Too often we hold fast to the clichés of our forebears.  We subject all facts to a prefabricated set of interpretations.  We enjoy the comfort of opinion without the discomfort of thought.”  In other words, fear change and stick to what you know, keep up with the Joneses, and blindly follow what others are doing in order to remain comfortable.  While these ads look appealing or comforting and promote American ideals, they are slyly swaying you to sacrifice your health by consuming what the Beef Council claims is perfectly healthy, but is at least partially responsible for the obesity epidemic of our nation – overconsumption of red meat.

Now I know it may be difficult to imagine here in the land of the free and the home of the brave, but advertisers are not the only ones counting your money.  Even the stewards of our economy and our country are profiting off of America’s beef addiction.  A high-profile federal lawsuit was filed against the USDA alleging that they illegally funneled hundreds of millions of dollars to beef lobbyists and politicians.  That’s right my friends, your hard-earned taxpayer dollars are going right into the hands of these powerful government influencers (who coincidentally control the implementation of food safety regulations and disbursement of subsidies) with little of that money trickling down to the small, struggling cattle farmer.  Meanwhile, the larger farms are receiving about 5% of their income from government incentives for supplying big food companies like Dole and Tyson Foods.

In the aforementioned suit, the plaintiff – cattleman and rancher advocate Michael Callicrate – asked the government to stop funding the National Cattlemen’s Beef Association (NCBA) under the famous Beef Checkoff program.  Even though NCBA is strictly prohibited from influencing governmental action or policy, they’ve managed to receive more than $200 million over six years from government agencies under the Department of Agriculture.  Now wouldn’t you say it smells a little stinky in the meat locker?

One of the least known byproducts of cattle farming is the harmful toll it takes on our environment and our natural resources, especially in our drought stricken western states.  “Within agriculture in the West, the thirstiest commodity is the cow,” says George Wuerthner, an ecologist at the Foundation for Deep Ecology studying the livestock industry.

An informative article on NewRepublic.com about our worsening drought conditions spells it out very clearly. For comparison purposes, “Humans drink about a gallon of water a day while one cow takes in more than 23 gallons,” explains Christopher Ketcham, writer for NewRepublic.com. “In California alone, the alfalfa, hay, and grains produced to feed livestock account for half of the water used in the state.  In Montana, as much as 90% of irrigated land is operated solely for the production of livestock feed, while in Nevada 90% is dedicated to raising hay.  Half of Idaho’s 3 million acres of farmland is exclusively used to grow feed for cattle and livestock production represents 60% of the state’s water use.  In Utah, cows are the top agricultural product and three-fifths of the state’s cropland is planted with hay. All told, alfalfa and hay production in the West requires more than ten times the water used by the region’s cities and industries combined, according to some estimates.” The article goes on to say, “Researchers at Cornell University concluded that producing one kilogram of animal protein requires about 100 times more water than producing one kilogram of grain protein. It is a staggeringly inefficient food system.”

Lay Off the Farmland

It’s more than just water resources that are abused by excessive amounts of livestock.  More than 30% of the Earth’s ice and water free surface is used to support feed production for cows, pigs, and chickens as well as provide permanent pasture.  While we are the ultimate consumers of these animals and their byproducts, wouldn’t it make more sense to farm the land for humans directly and switch to a mostly plant-based diet?  A recent Time magazine article reports that “no other single human activity has a bigger impact on the planet than raising livestock” and citing statistical data from the Food and Agricultural Organization, livestock are responsible for about 18% of human-caused greenhouse gases, a figure which most environmentalists argue is actually much higher.  As an added detriment, overgrazing coupled with soil erosion and compaction all contribute to the degradation of our land in general.

The significant growth of the livestock industry overall should be a real concern for America and the world.  Global meat production is projected to reach nearly 465 million metric tonnes in 2050 while milk output is set to climb to 1043 million metric tonnes in the same time period; both figures roughly doubling our current production.  Our land, water, and ecosystem are suffering from our over-reliance on meat and dairy.  So what can be done to lessen our dependence on livestock?

Most people are not aware of the overwhelming toll the meat industry has on America and on the world.  The key to halting the exhaustive effects of consumable animal production is educating the people so they can make informed choices, and thus impact our country and the planet one citizen at a time – a principle we adhere to wholeheartedly at WeThePeopleLV.com!   In order to reduce our dependency (particularly on red meat) while also lessening our environmental impact, we must make the effort to switch to a mostly plant-based diet.  By replacing just 2 ounces of red meat from our daily diet with sustainably produced fish, poultry, and legumes our risk of heart disease, type-two diabetes, and cancer may decrease up to 42%, so not only can we help save the planet, but we can improve our health as well!

For more information on reducing our human environmental impact and stopping Climate Change, please visit our public charity’s website: www.GreenGlobal.org.  To find out what We The People is doing to educate Americans on this and other pertinent issues, you can visit us at: www.WeThePeopleLV.com.   Feel free to leave comments and questions on our website and we look forward to hearing from you!

BE AMERICAN, BUY AMERICAN: THE EXCEPTIONAL VALUE OF AMERICAN MADE AUTOS