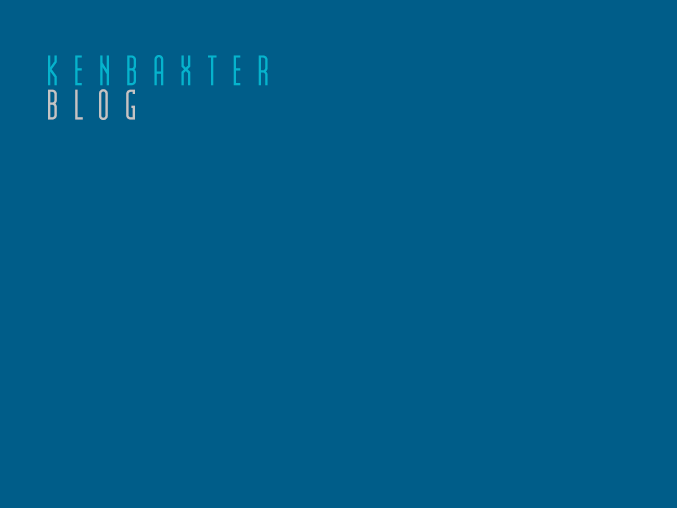 Good morning dear readers and welcome back to Made In America! I am Ken Baxter of Las Vegas and today is Friday, March 6th, 2015. As loyal defenders of American manufacturing, Made In America is constantly keeping abreast of the latest information about the makers of U.S. products. If you’ve watched the news this week, you may have noticed CNBC reported that we are in a slow growth period in American manufacturing, citing the ISM index which shows national factory growth declined to its lowest level in 13 months. However, even in slow growth periods, as we are currently experiencing, and despite many setbacks in recent years, ISM, or the Institute for Supply Management, noted an overall resurgence of manufacturing in this country with increased economic activity in the sector for the 26th consecutive month.

Furthermore, many of the largest manufacturers like Electrolux, Whirlpool, Generac, and Master Lock have returned their plants back to U.S. soil. According to a recent Boston Consulting survey, 16% of large manufacturers are already returning production back to America and another 20% are considering “reshoring” in the near future, efforts at least partially brought on by increasing labor, logistics, transportation, and energy costs in competing countries. Senior partner at Boston Consulting, Harold L. Sirkin, commented on the latest results: “These findings show that not only does interest in repatriating production to the U.S. and creating American jobs remain strong but also that companies are acting on those intentions.” That’s great news for America and even better news for industry job seekers.

In the automotive industry, one of the Top Ten in the manufacturing sector, even foreign car companies like Volkswagen have established plants in the United States, reportedly producing cars at a higher quality level and lower cost than when they were built in Europe, say Forbes researchers. And after years of hearing that Japan’s three largest car manufacturers: Toyota, Nissan, and Honda made better, more reliable, and more fuel efficient cars than those made by America’s Big Three: General Motors, Ford, and Chrysler – it looks like their poor reputations may be in the rear view mirror due to recent innovations implemented by U.S. automakers.

American automobiles are winning the hearts of American consumers again by offering improved quality, dependability, styling, and fuel efficiency, as well as offering valuable rebates and incentives. In fact, Ford frequently rates highest in brand loyalty in numerous consumer polls, including Polk Research/IHS Automotive, based in Detroit, who says around 65% of Ford customers return to buy another vehicle and may qualify for several enticements including: bonus cash, rebates, and 0% financing for doing so.

Another reason for the American car buying increase is the diverse selection of vehicle models available today. With 29 options to choose from in their 2015 lineup, Ford offers more choices than Toyota’s current lineup of only 20 and notably holds the title for the top-selling vehicle for 32 straight years, the Ford F-150 pickup truck. Chevrolet, manufactured by GM, leads the pack with 33 different models for the year, undeniably surpassing Nissan’s 27.

Especially encouraging is the vast array of new Hybrid and Electric vehicles offered by American car companies. At the forefront of innovation are the Chevy Volt, America’s best-selling plug-in vehicle and winner of numerous “Best Buy” awards, Ford Fusion Hybrid and Focus Electric models, and many others offering alternative “Flex Fuel” options bringing even more opportunities for consumers to save money as well as the environment.

Speaking of environmentally friendly vehicles, newcomer Tesla Motors is helping to energize the American car movement and changing the game for U.S. manufacturing at the same time. Their vehicles are not only seamlessly designed, luxuriously appointed, and dependable; they’re also 100% electric and incredibly powerful, yielding up to 265 miles per charge and silently reaching 60 miles per hour in 4.2 seconds. Already a force to be reckoned with, the brand is currently constructing the $6 billion Tesla Gigafactory that will create 6,500 jobs and manufacture its own lithium-ion batteries right here in Nevada.

By offering specifications and options that were once unheard of, American automakers are now bringing consumers the best in class and longevity with their latest vehicles and making futuristic sounding technology, like Buick’s IntelliLink touchscreen interface, Ford’s Obstacle Avoidance and Parking Assist functions, and revolutionary safety features like another Ford marvel, the inflatable seat belt. With more choices, better safety features, improved styling, and dramatically increasing fuel efficiency, where could you possibly go wrong buying American?

Despite past challenges, the U.S. automotive sector is poised to become the world leader in innovation, research, and development; initiatives which are transforming the industry to better respond to the opportunities of the 21st century. And with a large consumer market, highly skilled workforce, available infrastructure, and government incentives, America is not only capable of encouraging foreign vehicle manufacturers and other companies to build more factories on our shores, bringing new jobs and economic gains, we’re also luring our own companies back home to the U.S.A., the premier home for the future of the auto industry and manufacturing.

For all the latest news and resources on everything Made In America, including the latest research on American manufacturing, please visit our website: www.MIANV.org or https://www.facebook.com/madeinamericanp. For more information about electric vehicles and clean energy technology, you can check us out at: www.GreenGlobal.org and https://www.facebook.com/greenglobalorb. We look forward to seeing you!

Have a wonderful weekend!

Blog Written by: Jennifer Acevedo as told by Ken Baxter

PMA REALTY – REBUILDING LAS VEGAS ONE FAMILY AT A TIME