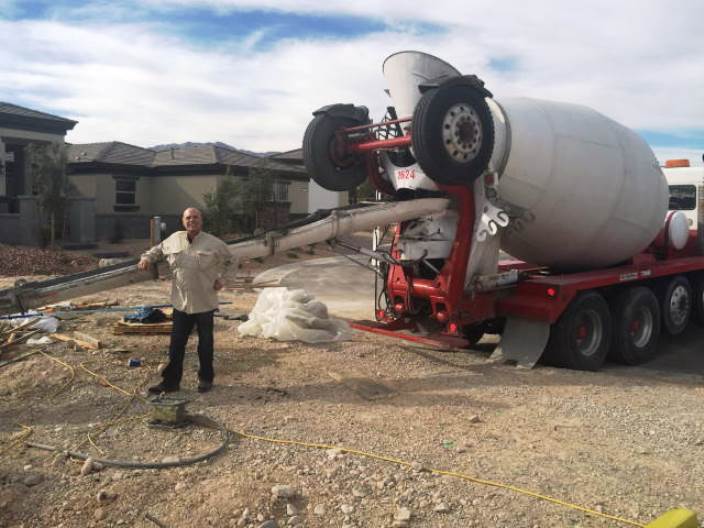 Good morning dear readers and welcome back to www.MIANV.org!  I am Ken Baxter of Las Vegas and today is Friday, April 10th, 2015.  Being conscientious American citizens and activists for the American people, we at Made In America public charity dedicate our time, energy, and resources to the return and retention of American jobs in the manufacturing sector in an effort to reignite the economic recovery of this great country.   We also proudly support companies and industries providing the means to achieve our mission.  From home-grown produce, to USA made electronics, and American cars, we stand faithfully behind our country’s capabilities to deliver superior products and services not only here in America but to the rest of the world!

One such service if you will, the controversial completion of the remaining 1,179 miles of the Keystone XL pipeline, between Hardisty, Alberta in Canada to Steele City, Nebraska in the USA, continues to garner international media attention.  If you’ve seen the latest news, you’ll know that our American soil is host to the construction of one of the most progressive, advanced, safest, and most reliable oil pipeline networks the world has ever seen.  Once completed, this North American channel will run from the tar sands oil fields in Alberta to refineries in the Gulf of Mexico.

As we all know, America is still reliant on foreign oil, currently importing anywhere from 3.5 to 7 million barrels per day.  Saudi Arabia, the largest member of OPEC, continues to produce 10 million barrels of oil per day, and at record pace with no intentions of slowing down.  In February, after a short-lived decline in U.S. gas prices, Saudi Arabia increased the price of oil exported to America.  At 10 million barrels a day, every dollar increase represents $10 million per day of additional revenue, which translates to over $3 billion more per year in profit for the Arabian country.  Many say that Keystone XL could bring greater oil independence for North America by tapping into Canada’s tar sands, the third largest oil reserve in the world behind Saudi Arabia and Venezuela.

Not only can we expect long-term energy security, but also a supply of much needed jobs for our citizens from the construction and implementation of this massive project.  In fact, the completed segments of Keystone have proven to provide 8,969 workers with steady work.  Further advancements to the $8 billion Keystone XL project are estimated to directly create over 9,000 additional decent paying construction jobs for American men and women, and combined with the Gulf Coast Project will support 42,000 direct and indirect jobs altogether, resulting in total projected employment earnings of over $2 billion.

It is interesting to note that in addition to construction jobs, thousands of Americans will be employed in the manufacturing industry in order to complete the project.  Steel, pipes, fittings, valves, pumps, control devices and many other necessary supplies will be made right here in the USA by well-known American manufacturing brands: Welspun of Arkansas, Cameron of Louisiana, and Siemens of Oregon, Ohio, and Indiana will be just a few of the dozens of American companies providing quality American products for the pipeline.  In addition, local businesses will also see an immediate economic stimulus due to heightened demand for food, local services, lodging, and equipment for workers along the Keystone XL route.

Even with these promising opportunities for our economy, the path to completion of Keystone XL has not been paved smoothly.  Last month American senators failed to override President Barack Obama’s recent veto of approval for the remainder of the project.  The final vote was 62-37, five short of the two-thirds majority needed to overcome the presidential ruling.   Obama stated that his action on the project would depend in part on its possible contribution to global warming.  He is awaiting a State Department report on its projected environmental impact before making a final decision.

Not only is our government’s verdict on Keystone XL still in limbo seven years after its proposal, but various organizations have spoken out against the pipeline citing health, safety, and environmental concerns.  Environmental groups such as Tar Sands Action have fought Keystone by alleging the risk of leaks and oil spills as well as forewarn the severe climate change consequences of increasing our consumption of fossil fuels. Naysayers also predict increased gas prices for Americans, particularly in the Midwest where their refineries would be bypassed, while the owner of the pipeline, TransCanada, makes billions of dollars in revenue from the United States and via exportation to Latin American and Europe from the refineries in the Gulf Coast.

Despite the debate, and with Keystone XL’s progress halted, other oil pipelines in America are being constructed largely under the radar since the regulatory requirements are much less stringent when a pipeline doesn’t cross international borders.  During the long wait for Keystone, the petroleum industry has expanded elsewhere to get oil moving more efficiently.  In the past three years, over fifty pipeline projects have been approved, are under development, or have been completed in the United States.

In North Dakota, for example, not far from the proposed track of the Keystone XL pipeline, over 80,000 barrels of crude oil per day recently began flowing through a new line that connects their immense oilfields to a hub in Wyoming.  These lesser known lines have so far added more than 11,600 miles of conduit to the nation’s domestic oil network, increasing it by almost a quarter in the last decade and around 3.3 million barrels per day of capacity have been added since 2012 alone.

There’s been a lot of growth for the American petroleum industry, especially with the introduction of new shale drilling technologies and the expanding network of pipeline to deliver the oil.  The U.S. Energy Information Administration forecasts in its most recent report from April 7th, 2015 that oil production will increase from last year’s average of 8.7 million barrels per day to 9.2 million barrels per day this year and 9.3 million barrels per day in 2016.  With crude oil prices expected to rise to an average of $57 per barrel in the second half of 2015, drilling activity is expected to increase again as companies take advantage of lower costs for acreage leasing, drilling, and well completion.

They also note in the report that the increase in domestic crude oil production helps us even further reduce our dependence on imported fuel.  Finally, we are also significantly enhancing the national security positioning of the United States while strengthening our ability to conduct effective negotiations with hostile countries in the Middle East.  The American energy boom will not only add fuel to the country’s economic revitalization, but will further enhance U.S. global leadership in the future.  Now that is a real victory for America!

We’d love to hear your opinion on Keystone XL and the U.S. oil pipeline boom!  You can Tweet us: @MadeInAmericaNP or comment on our Facebook page: https://www.facebook.com/madeinamericanp.  Keep checking back at www.MIANV.org for the latest news about this and many other critical issues affecting our great country.  Have a wonderful weekend my friends!

DRIVING THE FUTURE OF MANUFACTURING: THE NEW AMERICAN AUTOMOBILE

Made in America Donates 3d Printer to Mojave High School