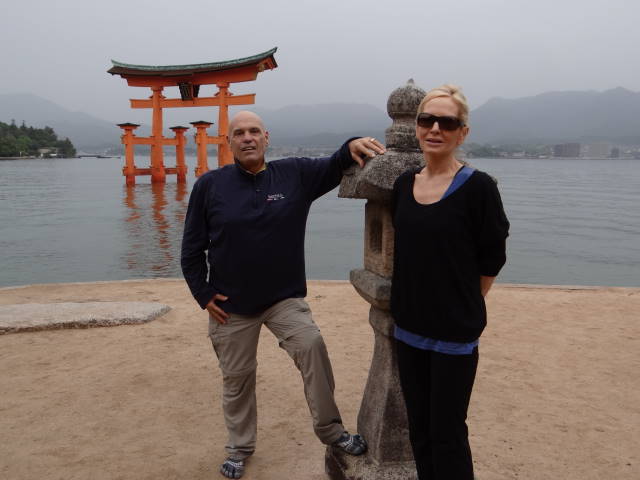 Good morning dear readers and welcome back to Green Global!  I am Ken Baxter of Las Vegas and today is Tuesday, March 31st, 2015.  I hope you all had a great weekend.  Spring has definitely sprung here in the Southwest!  The birds are chirping, the bees are buzzing, and we’re already well into 80 and 90 degree weather.  With noticeably higher temperatures in many areas of the globe, doesn’t it make you wonder how much global warming is affecting our planet?  Even though naysayers believe there’s no such thing as climate change, we know it’s real and must be stopped.  From melting ice caps to smog filled cities, the greenhouse gases we humans help to create are ruining our world.  What kinds of technology do you think will help reverse global warming or at least reduce our impact on this planet?

As we look to the future, not only for Green Global, but for our precious Earth, we must recognize how far we have come in terms of innovation and development of eco-friendly technology.  From state of the art water conservation and filtration systems and aquaponics farming techniques to long lasting CFL light bulbs and the latest hybrid and electric vehicles, our future is filled with extraordinary hope for impactful green technologies to eliminate our dependence on the wasteful, unhealthy, and polluted methods of our past and reverse climate change.

For example, the outdated practice of burning harmful, smog-inducing coal and chopping down much needed trees for fuel squanders our limited, precious resources and contributes to increased pollution levels, global warming, and a general malaise of the people on this planet.  Breathing in the dangerous, grey tinged air of a smog filled world we helped create is not the legacy what we want to pass on to our children, so we must act now to clear the air, stop climate change, and cut back our carbon footprint!

As far as green technology goes, one of the most cutting-edge areas of research and development has been in the energy sector.  Not only are revolutionary solar panels and wind turbines bringing unlimited amounts of harness-able energy to countries all over the globe, but we’re also generating hydroelectric power from the ocean and geothermal energy from the depths of the ground we stand on!  Only our storage limitations hamper our ability to fully realize the potential for sustainable, renewable energy to completely support our world energy needs.

In light of all these advanced power sources, are past technological vanguards worth throwing away just because they aren’t the latest, newest, most popular methods of this day and age?  In a world where new technology is born every second, shouldn’t we continue to expand and thrive on the limitless, valuable ideas and innovations of our highly educated, cyber-connected world?  I’d say it behooves us to remember that all groundbreaking new ideas are rooted in past thoughts; seeds planted many years ago.

In the 1930’s, with Otto Hahn’s discovery of nuclear fission, or the splitting of atoms to release energy, and with the early 1940’s creation of the first nuclear chain reaction by Enrico Fermi, a new source for valuable, cleaner energy was born.  Twelve years after Fermi built the world’s first nuclear reactor at the University of Chicago in 1942, Russia unveiled the word’s first commercial nuclear power station in the small town of Obninsk, sixty miles south of Moscow.  Based on their success, hundreds more were built for mass power generation all over the world.   Even today, 439 nuclear power plants in 31 countries continue operations.

Though classified as a non-renewable resource, nuclear energy is considered to be inexhaustible due to the abundance of two primordial elements, uranium and thorium, both capable of producing nuclear reactions and both occurring naturally in our planet.  While there is technically a finite supply, scientists estimate that our uranium alone could provide the world’s electricity for several billion years!  In fact, the amount of energy produced by fission of a single uranium atom is approximately 10 million times the energy produced by the combustion of a single coal atom. To put it another way, a pound of uranium (about the size of a baseball) could power a submarine or an aircraft carrier for as long and at the same rate of speed as approximately one million gallons of gasoline!

The Unites States has been a pioneer of nuclear power development since its inception.  George Westinghouse designed the first commercial pressurized water reactor (PWR) in Pennsylvania, while Idaho National Laboratory and GE created the first boiling water reactor (BWR).  To this day, the United States remains the world’s largest producer of nuclear power, hosting 99 functioning reactors in 30 states, with 5 more under construction, and accounting for more than 30% of worldwide nuclear generation of electricity.  American nuclear plants produce safe and efficient electricity for one of every five homes and businesses, and rank as the largest source of electricity that emits no greenhouse gases.  In fact, it is estimated that electric-sector carbon emissions would be approximately one-third higher without nuclear energy.

The World Nuclear Association expects six new reactor units to be active by 2020, but overall, nuclear power accounts for only 2.5% of global energy consumption.   Government policy has changed since the late 1990’s, allowing for more plants to begin construction, but there is a heated, ongoing debate about nuclear power safety.

In the not so distant past, you may recall the devastating aftermath of the Chernobyl disaster in 1986 or more recently at the Fukushima Daiichi meltdown in 2011.  Both leave a lasting warning of what can happen when nuclear power goes awry.

At Fukushima, due to a devastating 9.0 magnitude earthquake and subsequent tsunami, substantial amounts of radiation escaped the confines of the plant after three of the six reactors stopped functioning.  No lives were immediately lost due to radiation exposure; however thousands died from the natural disaster, evacuation proceedings, and other complications.  The long term health consequences of those living near the reactors and of those involved in containment and clean-up efforts are still unknown.  It is estimated that it will take 30 years or more to fully contain the radiation leakage, especially that which has leached into the water nearby.  While the tragedy was caused primarily by a natural disaster, the investigation committee found that basic safety requirements as well as disaster preparedness standards were not being met, leading to an exponentially worse outcome.

Twenty nine years ago the most devastating nuclear disaster in history occurred at Chernobyl, in the Ukraine, during an experimental test of the reactor’s backup cooling and voltage regulating systems.  Several explosions and fires released large quantities of radioactive particles into the atmosphere, spreading radiation over much of what was then the Soviet Union and Europe.  Over 200 people suffered from acute radiation sickness, of whom 31 died during the accident itself, and it is estimated that around 4000 are expected to perish from cancer, leukemia, and other ongoing health complications from radiation exposure.  Tens of thousands more are expected to be diagnosed with thyroid and other cancers by 2065, and millions of others will suffer some form of health complication linked to the event.

Sadly, this disaster was caused by extremely avoidable design deficiencies and erroneous operating instructions and training conditions.  To make matters worse, cover ups by the Communist Party made it so reactor employees, firefighters, and regular townspeople went uninformed of the seriousness of the disaster until it was already too late to save those that became afflicted by radiation poisoning.  Congenital defects of both newborn humans and animals are still reported today and the area surrounding Chernobyl remains largely abandoned almost thirty years later.  The after effects of the Chernobyl disaster on humans, plant life, animals, and the environment is expected to last more than 100 years.

Though it may seem hard to believe, despite these major disasters and a handful of other events (including 1979’s Three Mile Island partial meltdown in Pennsylvania as well as a few submarine accidents), nuclear power is actually considered to be the safest power source in the world.  How can that be?  Well, in terms of lives lost per unit of energy generated, analysis has determined that nuclear power has caused fewer fatalities per unit than any other major power source!  That’s including energy produced from coal, petroleum, natural gas, and hydropower.  Historically, there has been very few safety issues related to nuclear power, especially when operational regulations and testing procedures are followed properly.  From an environmental standpoint, nuclear is also much cleaner than coal and petroleum, leaving less of a carbon footprint.

Worldwide, nuclear power is more important than ever, especially in rapidly developing countries with limited energy resources.  With the United Nations predicting world population growth from 6.7 billion in 2011 to 8.7 billion by 2035, demand for energy will increase substantially over that period. Nuclear energy’s attractiveness lies in how it allows countries to build scalable, efficient and long-term power sources that can serve as a base to underpin other forms of low-carbon generation.

So what’s next for nuclear energy in the USA?  Today the maintenance and new construction of nuclear power reactors in the U.S. depends on both political and economic factors, just as much as environmental.  Reducing our dependency on imported oil and gas is a critical priority for America, so investing in green technology like solar, wind, hydroelectric, and nuclear power systems is imperative for our energy independence.

In addition, new nuclear technology is bridging the gap from its sordid past to a much safer, more reliable future for the industry.  The 2005 Energy Policy Act has helped introduce resurgence in reactor research and development by providing valuable incentives to companies who build them.  The latest small modular reactors (SMR’s) are now in the design phase and will be around 1/10th the size of a conventional nuclear plant.

NuScale Power LLC, an SMR company based in Oregon, has been awarded a $217 million grant by The Department of Energy to help it through the design application process.  NuScale says that construction of its 50-megawatt reactor will be possible in factories, with transportation to its destination by rail, and due to its small design, a power plant owner can incrementally add more modules to ratchet up electric capacity as needed.

Investing in new clean energy technology is imperative in the long term.  Economic experts at World Nuclear Association note that for every additional dollar invested, we can generate three dollars in future fuel savings by 2050.   Despite many setbacks and past safety concerns, if we follow through with this new technology development, it looks like a sustainable nuclear energy future is within our reach.

MADE IN AMERICA AND KEN BAXTER, FIRST SPACE TOURIST, ARE PROUD SUPPORTERS OF VIRGIN GALACTIC!