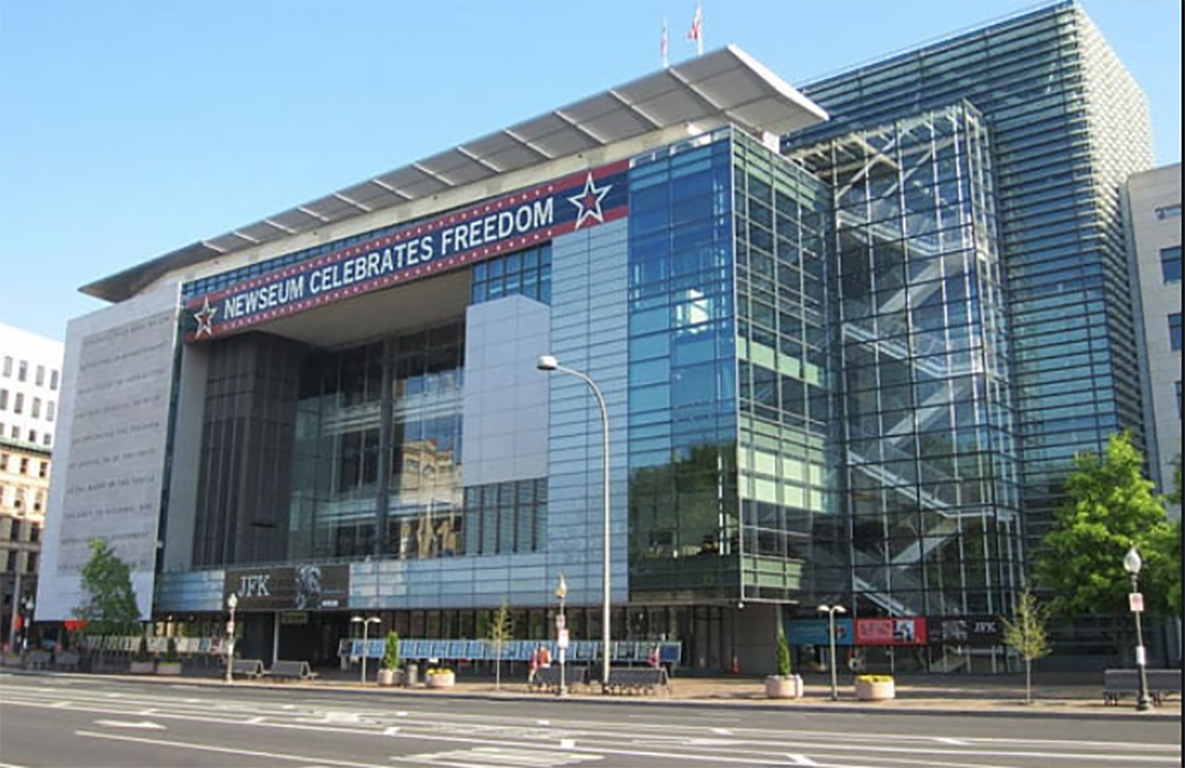 Hello, Ken Baxter here in sunny Las Vegas and welcome to my blog!  One of the stops Linda and I made on our visit to Washington DC in September was an interesting place called Newseum.

Located just down the street from the Smithsonian on Pennsylvania Avenue this adventure was a delightful surprise and well worth the trip. Essentially a museum dedicated to the news media of all kinds, there are exhibits dedicated to current news, travel & online news Newseum also honors legends of journalism while highlighting what is going on around us on a daily basis.

Some exhibits are poignant and moving examples of the American experience such as 9/11, a display that includes a mangled section of the antenna from the north tower. The walls are lined with examples of front page coverage of the event from around the world. Included in the display are the cameras, press credentials and assorted personal effect of Bill Biggart, the only journalist to be killed in the attacks. Biggart was killed running toward the danger and was trapped as the north tower fell; the film recovered from his camera included some of the most haunting images of this horrible day. Please watch the video below to see some of them.

Linda and I agreed that we could have spent the entire day in this treasure trove of history and current events. I am reminded of an inspirational quote by Edmund Burke that states – “Those that don’t know history are doomed to repeat it”, particularly relevant in today’s troubled times.

There is a display dedicated to the Berlin Wall – a wall that stood from 1961 to 1989 dividing East and West Germany, constructed to imprison its citizens inside the country. Incredibly, when the wall was built in 1961 by the Soviets, incredibly it was portrayed as “protecting its population from fascist elements conspiring to prevent the”will of the people” in building a socialist state in East Germany”.

This is a typical tactic of socialists; accuse your opponent of behavior that of which YOU are guilty. AOC, Bernie and Elizabeth Warren may be selling the same kind of fantasy utopia but as always we will find out Socialism doesn’t work – never has. If you disagree, tell that to the people in Venezuela who were forced to eat their pets because there was no food.

The wall is a testament to how bad things can get. This 96 mile barrier was built with 116 watch towers and 20 bunkers with East German soldiers stationed to prevent people from leaving this socialist paradise. During the years of the wall, nearly 100 people lost their lives, mostly shot and killed, trying to cross into freedom. 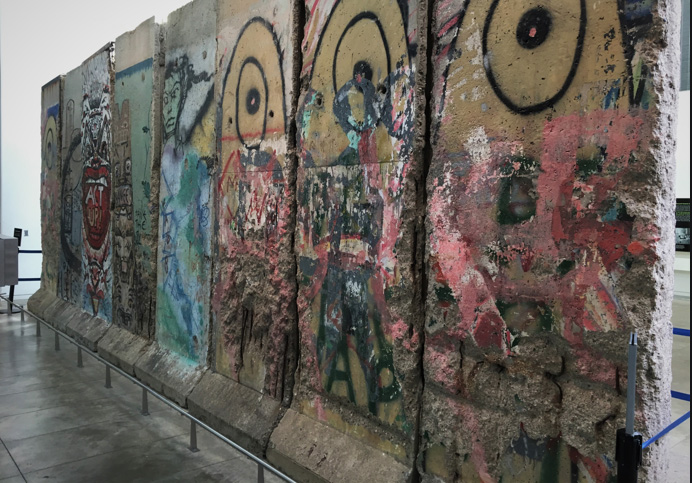 Newseum opened its doors in April of 2008 and has hosted some of the most intriguing exhibits over the years. Sadly, Newseum’s days are numbered and will closed its doors on December 31, 2019. I hope we will be able to go back on our next visit to Washington before it closes.

A Heartbeat Away From The Presidency?

We The People Supports War On Terror 2.0