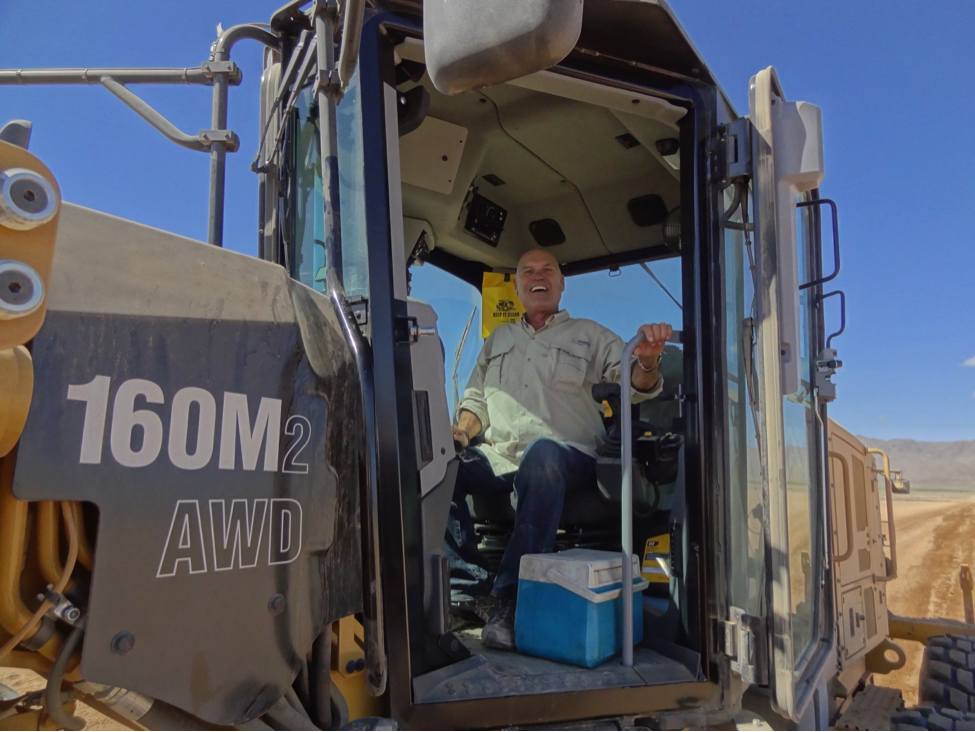 Good afternoon dear readers and welcome back to Apollo Realty Investments!  I am Ken Baxter and today is Friday, September 19th, 2014.  I am very excited to report that Apollo has made another visit to Kingman Farms this month!  Due to the overwhelming success of the agricultural testing phase at Golden Valley, Apollo has stepped up its investment in the project and is now playing and integral role in the strategic plan to make the farm self-sufficient!  Yes, that’s right dear readers; Kingman will be run on 100% solar and wind power in the very near future, thanks in part to Apollo!

As a bit of a backstory, Apollo Realty Investments was created to help fund niche market opportunities where banks are not likely to invest.  Our goal is to make these investments in the start-up companies of America, one company at a time, starting locally in the Southwest.  So far, Apollo and Ken Baxter of Las Vegas have had significant success by financing several important projects.  Liberty Homes, Kingman Farms, EZ Properties, and Harmony Homes’ Tremezzo at Lake Las Vegas are just some of the many examples of these smart, strategic investments and we are constantly on the lookout for other promising opportunities!

As noted, Kingman Farms is one of our most promising investment projects.  Founded by Jim Rhodes, a friend and fellow entrepreneur, Kingman Farms is situated in Mohave County, Arizona where Mr. Rhodes purchased nearly 80,000 acres of land for about $300 Million back in 2003, mostly in the Red Lake and Golden Valley areas.  After trying out several project ideas, including Pravada, a 33,000 home community he planned to develop in Golden Valley, Jim turned to something completely unexpected for the use of his vast acreage.

With amazing foresight, Jim has turned what was once seemingly useless, undeveloped, arid desert into the fertile, productive, beautiful, and green Kingman Farms!  Though agriculture was not something he had experience in, Mr. Rhodes knew how to get the project started on the right foot by gathering a team of expert contractors and consultants, and also spending about $30 million on high-tech American made farm equipment to get it up and running seamlessly from the start.

Taking some of the profit from his real estate development company, Harmony Homes, Jim has grown Kingman Farms from scratch into a real deal farming enterprise capable of producing many thousands of acres of produce including: squash, cucumbers, tomatoes, peppers, eggplant, watermelons, as well as alfalfa and Sudan grass for cattle feed.  Dick Mills, General Manager of Kingman Farms and 5th generation professional grower, notes that since the operation is situated right in the tip of Northwest Arizona, it is close enough to the borders of California, Utah, and Nevada to be able to provide fresh picked fruits and vegetables to stores and restaurants the same day they are harvested.  In addition, plans to ship their organic, American grown produce all over the country are in the works.  Dick proudly states in his promotional video for Kingman Farms, “We can grow anything.”  He also notes that “the land has the perfect soil, weather, temperature, and altitude.”

It is especially important to realize that Kingman Farms is one of the largest mainly organic farming operations in the world and uses only American made equipment, materials, tools, and machinery in their farming practices.  Though their 30,000 acre operation has performed well thus far, they plan to expand to around 100,000 acres; growing many types of fruits, vegetables, and grains using a sophisticated, underground GPS drip irrigation system in order to lessen their impact on the region’s water table.

Not only has Kingman Farms kept their promise to the United States Department of Agriculture and Arizona Department of Environmental Quality to monitor and control water usage, dust production, and sustainable farming practices, his team is also a proud supporter of clean energy and conservation!

Following in the footsteps of brilliant leaders in Climate Change Reform and Clean Energy Production such as Elon Musk, prolific founder of the all-electric Tesla Motors and creator of PayPal, Space X, and SolarCity; Richard Branson, revolutionary billionaire and magnate of the Virgin companies; and Al Gore, former U.S. Vice-President, successful author, and Climate Change activist, I felt it was important for Apollo to make investments in the future of this country and in our global health, much like these notable leaders have done.  Not only is it important to reduce our impact on the planet and change the trajectory of the significant climate change already underway, but it is also imperative to promote new technology capable of harvesting energy from renewable and unlimited sources!

As a fellow Climate Change activist and Green Energy supporter, through my public charity, Green Global, I am certain that with Apollo’s additional contributions to the success of Kingman Farms, they will be growing organic produce for many years to come and doing it all on their own!  The land will no longer be reliant on energy sources from anywhere other than the bright, warm sun and the powerful desert winds; resources which Northwest Arizona has in unlimited supply.

We look forward to giving you many updates as things progress down on the farm!  Until then, dear readers, stay green and buy organic whenever you can.  Supporting U.S. farmers who work hard to produce carefully grown premium fruits and veggies is one way we can keep our economy going for the long haul.  And as a matter of fact, we at Apollo Realty Investments are proud to support all Made in the USA products and services.  Please remember to help re-invigorate the US Economy through Patriotic Spending and buying American made!  You will be responsible for helping to create more American jobs, increasing consumer confidence, and bringing manufacturing back to the USA!  If you are interested in learning more about our public charity, Made In America, and our Patriotic Spending mission, please check out our website: http://www.madeinunitedstatesofamerica.org/.