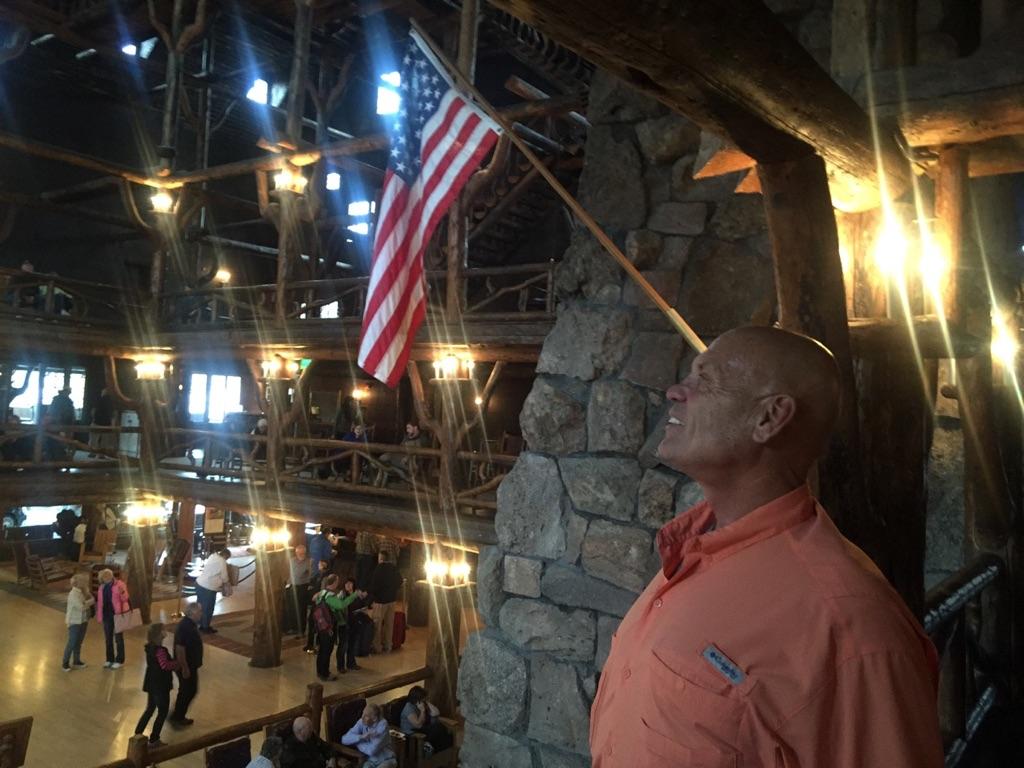 Good afternoon dear readers!  This is Ken Baxter and today is Wednesday, November 11th, 2015 – a very special day for all of us here at Made In America and for all Americans!  Veterans Day was not always known as such, though. It was originally declared a U.S. holiday to honor and remember the end of  what was commonly referred to as “The Great War”, or World War I, on November 11, 1918 and was dubbed Armistice Day by President Woodrow Wilson the following November.

His poignant words at the commemoration event still ring true even today.  “”To us in America, the reflections of Armistice Day will be filled with solemn pride in the heroism of those who died in the country’s service and with gratitude for the victory, both because of the thing from which it has freed us and because of the opportunity it has given America to show her sympathy with peace and justice in the councils of the nations.”  Though the United States didn’t officially enter the war until 1917 (three years after the fighting began), America had lost nearly 50,000 of its two million soldiers sent overseas by the end of the war.  Needless to say, the fallout left a gaping hole in the hearts and families of many Americans and Armistice Day was a way to recognize the triumph we achieved and the loss we endured because of it.

Other Allied nations around the world recognized a loss of their own as well.  The total number of military and civilian casualties in WWI was over 38 million, making it one of the deadliest conflicts in human history.  Britain, France, Italy and many other countries continue to officially recognize the end of the war with their own Remembrance Day.  Many years later,after World War II and the Korean War, the 83rd United States Congress, at the urging of numerous veterans service organizations, changed the name of Armistice Day to recognize the service of ALL veterans in addition to those involved in WWI.  The new federal holiday, Veterans Day, was established in 1954 and continues to be an annual celebration of America’s debt and gratitude to her most patriotic, selfless, and cherished citizens who protect our country at all costs.

Veterans Day usually marks a time for reverie in America – parades and other festive gatherings are plentiful but we must remember that it’s much more than a party we should be giving out veterans and our troops.  As citizens of this country, we owe our freedom to the brave service men and women who have fought with their lives and limbs at stake so that we may enjoy the peace and prosperity of living in a free nation.

For those that continue to serve in our armed forces, war has become that much more sophisticated and inherently more dangerous as technology, destructive weapons,and biological agents continue to evolve. Yet, whether on the battlefield, in the air, at sea, or manning a computer behind the scenes, all our soldiers continue to bravely fight to preserve our rights and our peace.  We should all strive to show our continued support and gratitude to our most dedicated Americans, and what better way to do that than through Patriotic Spending!

On this holiday,and every day, Made In America invites you to participate in our efforts to achieve heightened prosperity for the nation our soldiers so willfully defend.  With just simple changes in our spending habits, we can all help achieve greater financial independence and economic success for our country and provide more good paying jobs to our deserving veterans re-entering the workforce. In fact, MadeintheUSA.com reports that if we all spend an extra $3.33 on U.S. made products rather than foreign goods we would help create almost 10,000 new jobs for our hardworking citizens.

By spending our taxable dollars on American made goods, we are also ensuring the proceeds remain in the U.S. economy, where those dollars are recycled over and over again.   The money you spend pays the workers that directly or indirectly created the product you purchased, who also pay taxes and use their income to buy other American products.  If we continue the habit and cycle of Patriotic Spending, the exponential growth of our economy flourishes and more jobs, opportunities, higher quality healthcare, retirement, and other government benefits would soon become the norm.

Made In America also strongly believes that through Patriotic Spending, America can better provide for her people; ending the vicious cycle of poverty, homelessness, and hunger for our poorest citizens and become a model for the rest of the world.  It all starts with you though, my friends!  With your commitment and support, all of us can be the driving force for the Patriotic Spending movement and become the vehicle for change and prosperity.  And to think, all those benefits for less than what you’d spend on a Pumpkin Spice Latte? We’re sold!  How about you?

For more details about our latest Made In America programs and information on Patriotic Spending, please visit our website at http://www.mianv.org.  We’d love to hear from you too!  Please stop by our Facebook page or Tweet us your ideas and thoughts about this and many other topics so we can share them with the rest of America and the world!  Last, but not least, don’t forget to thank a Veteran today!  A big, heartfelt THANK YOU goes out to all of our Armed Forces and their families for their unending sacrifice to our great nation.

KEN AND LINDA BAXTER OF MADE IN AMERICA TEACH STEM PROGRAM AT WILL BECKLEY ELEMENTARY SCHOOL!

ADDICTED TO FRAUD – THE PHARMA-CARTEL’S HOLD ON AMERICA