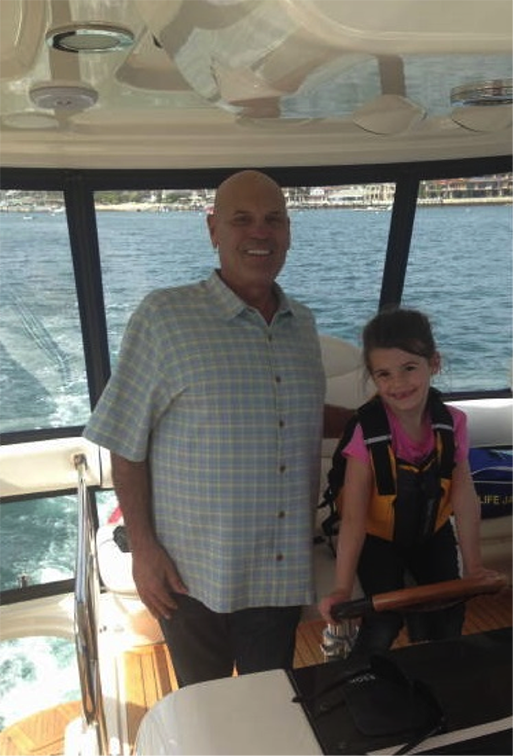 Good morning dear readers and welcome back to kenbaxter.com!  I am Ken Baxter of Las Vegas and today is Monday, January 19th, 2015.  Since this is our first blog of 2015, I’d like to wish you all a very Happy New Year and a Happy Martin Luther King Jr. Day as well!  I hope you’ve all enjoyed a wonderful holiday season.  This year is sure to be the best one yet for me and my team, with many promising new developments underway and much excitement ahead!  I wish the same good fortune for you and your loved ones and hope you enjoy a very prosperous new beginning!

Before getting the New Year started, my lovely wife Linda and I recently spent some much needed “R&R” time in sunny Southern California.  During our visit to the beautiful Pacific Coast, we saw an abundance of seals and sea lions lounging on the beaches and rookeries of the Channel Islands and wading through the harbor waterways near Newport Beach.  While a fun, playful, and noisy bunch to observe, we also noticed how dauntless they have become – nearly taking up residence on any unmanned vessel they can find!  We enjoy watching them and their “clownish” behavior as much as the next person, but are they becoming too brazen for their own good?

The National Oceanic and Atmospheric Administration (NOAA) says maybe so.  California sea lions and Pacific harbor seals, both members of the Pinniped family, are protected under the Marine Mammal Protection Act of 1972 in the United States. Due to their preservation under this act, culling of seal and sea lion populations anywhere in the U.S. is currently illegal.   Since this time, their population has increased dramatically.  The Marine Mammal Center of California reports that there are well over 238,000 California sea lions and 34,000 Pacific harbor seals currently living in the area.  Due to the substantial increase in population, conflicts with humans and other wildlife has increased as well.  California sea lions and Pacific harbor seals have damaged docks and boats, stolen fish from commercial fishing boats, and have attacked and injured swimmers in some cases.

The sad truth for these lovely creatures is due to their increasingly bold behavior, they are now viewed more as a threat than as a protected species.  They’re also blamed for the severe depletion of commercially fished populations such as salmon, shrimp, cod, and crab.  With one sea lion capable of eating as much as nine thousand pounds of fish per year, it is no wonder fishermen are getting restless over the issue when their very livelihood is at stake.

In other parts of the world, such as in Canada, Greenland, and Iceland, seal hunting is used as a control method to alleviate the dramatic decrease in available seafood for those Northern countries that rely so heavily on crustaceans and saltwater fish for survival.  Native and Inuit people are especially dependent on seal meat in their traditional diet and use every part of the carcass as well as the pelt and fat for making waterproof coats, lubricants, lamp oil, and detergents, respectively.  For these populations, the harvesting of marine mammals is not only a part of everyday life; it is a necessity and a part of their sacred traditions.

So what in the world are we to do here in the United States?  Local residents and commercial fishermen have resorted to shooting these animals, despite the illegality of the practice.  Calls for culling of a pre-approved number of seals and sea lions have been brought to Congress again and again, but have been routinely shut down.  The U.S. Federal National Marine Fisheries Service released a report in 1999 recommending that Congress allow, in the next re-authorization of the Marine Mammal Protection Act, state and federal wildlife managers to kill harbor seals that are preying on endangered fish species in Washington, Oregon and California.

The report also recommended that authority be given to kill seals which pose a threat to public safety and property at locations such as docks and marinas, and that commercial fisherman be allowed to kill seals that destroy their catch or gear. Permission for fishermen to kill seals in this way was previously withdrawn in 1994. The report has been overtly condemned by animal welfare and conservation groups such as PETA (People for the Ethical Treatment of Animals) who argue that effective and humane non-lethal deterrence methods should be developed and that the problem of overfishing should instead be addressed.

Currently, the NOAA is endorsing several deterrent tactics to keep the seals and sea lions at bay.  In some areas, the use of pyrotechnics or underwater firecrackers is allowed to scare the animals and they have even authorized the use of non-lethal paintball guns, sling shots, and rubber bullets to keep them from commercial fishing gear.  For private boats and docks, many forms of netting, fasteners, and electrical devices have been invented to humanely deter them from “hauling out” on private property.

There is no single non-lethal deterrence method known to be universally effective in discouraging Pacific harbor seals and California sea lions from engaging in problematic behaviors. Nevertheless, these methods and techniques have been found useful, in some circumstances, for deterring problem animals that are damaging property, fishing gear, or catch.

For the Pacific harbor seal and the California sea lion, cute and cuddly as they appear to be, their days of nuisance on U.S. shores may soon be numbered.  If enough of a fuss is brought out by the residents of the coastal towns who must cohabitate with these creatures, along with continued complaints from commercial fishermen, will the government finally take action?  Certainly, as part-time residents of the lovely seaside community of Newport Beach, we will be sure to stay tuned into the latest news and developments in this important issue.

I’d love for you to stay tuned here at www.kenbaxter.com as well!  We love to discover, discuss, and keep on top of all the most pressing issues affecting the Southwest and the California Coast, so please check back often to see what is currently on the “hot list” in our upcoming news reports and blog posts.  I hope you all had a brilliant weekend and a very Happy New Year, from my family to yours!

Photo: Ken Baxter with his Granddaughter Taylor Marie on Liberty at the California Coast

Blog Written by: Jennifer Acevedo as told by Ken Baxter