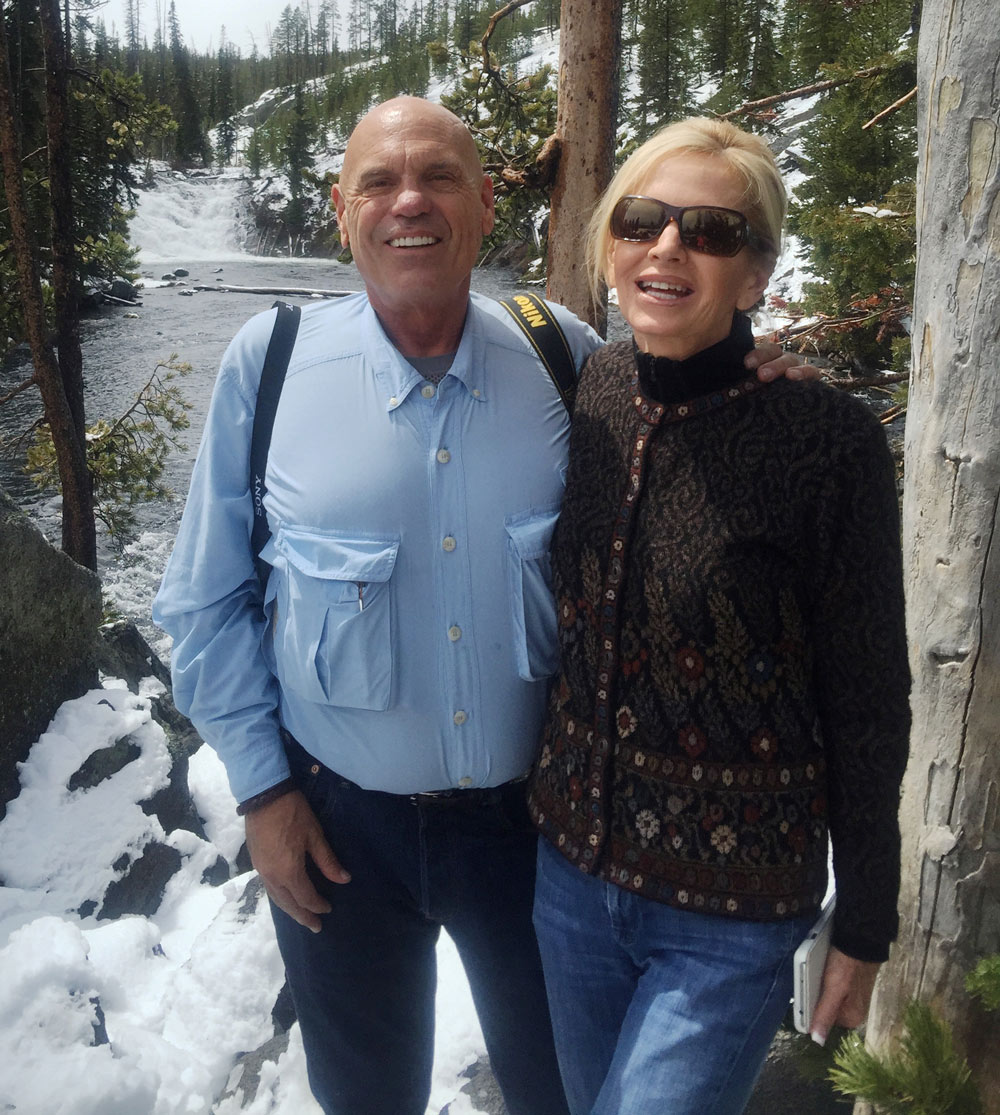 Good morning dear readers and welcome back to kenbaxter.com!  This is Ken Baxter of Las Vegas and today is Monday, May 18th, 2015.  We’re heading into the heat of summer very soon and for us desert dwellers that means 100° F and up for the next several months!  Have you noticed that it seems like each summer is hotter than the last? Well that’s not just your imagination my friends; it’s the unfortunate byproduct of Global Warming.

WHAT IS CLIMATE CHANGE?

Throughout history, the Earth has warmed and cooled over and over again, cycling back and forth as the planet received more or less sunlight due to subtle shifts in orbit, atmospheric and planetary surface changes, or when the sun’s energy varied.  But in the past century, another force has started to influence climate change dramatically, and that force is humanity.

If you are unfamiliar with the phenomenon, global warming is the unusually rapid increase in Earth’s average surface temperature primarily due to increased greenhouse gases emitted as we derive energy from burning fossil fuels.  As heightened levels of carbon dioxide, hydro fluorocarbons, and other absorbent gases are released from vehicles, factories, utilities, and agricultural sources more heat is trapped in our atmosphere.  This increase in trapped heat is what causes the climate of our precious planet to shift.

The changes we are experiencing on this planet are undeniable.   The increased pollution and smog created by our rapidly populating, technologically advancing world are only part of the well-documented consequences of our footprint.  And whether you agree or disagree with the theory of climate change, there’s strong evidence in the last twenty years of increasing rates of heat-related illness and disease, more frequent and severe storms, rapidly changing landscapes, coastal flooding, abnormal weather patterns, and hastened species extinction.  Now you may not think global warming is responsible for all of these changes, but it sure is hard to refute when at the same time recorded levels of carbon dioxide are at their highest in 650,000 years, artic ice is dwindling 13.3% every decade, and the sea level has risen 7 inches over the last hundred years, according to NASA!

Yet, despite overwhelming scientific evidence, climate change remains very controversial in today’s world.  Some political leaders, big oil companies, and other naysayers argue that while climate has changed marginally in recent years, humans are not the cause and instead attribute any deviations to normal shifts in weather patterns, therefore disproving the need to make human behavior modifications.

Despite many multi-million dollar ad campaigns over the years (funded by both private and governmental lobbyists) which attempted to alter the public perception of global warming by making claims that appear to discredit scientific research and create doubt, this manufactured uncertainty and skepticism has been widely disproven by numerous scientific leaders and reports with unrelenting evidence proving climate change is real and will only get worse if we keep ignoring it.

Scientific researchers the world over project that with the current rate of deforestation, along with increased volcanic activity and rising carbon pollution levels as we move forward in the 21st century, we should expect average temperatures to rise another 2°F within the next 35 years and based on current climate models, Earth could be up to 11.5°F warmer on average by the year 2100, says the Environmental Protection Agency.

HOW DOES CLIMATE CHANGE IMPACT OUR WATER SUPPLY?

In fact, one of the most paramount issues affecting the world today is directly related to climate change.  If you’ve kept up with recent news reports, you’ll know that many parts of the world have been plagued with increasingly unmanageable drought and it’s not letting up any time soon.  In the USA alone, drought ranks second in terms of weather-related economic adversity, with nearly $9 billion in annual losses due to receding fresh water supplies.

Global warming influences a variety of factors associated with drought.  For one thing, increased temperatures lead to more rainfall precipitation rather than snow, leading to earlier snowmelt and less mountain runoff, as well as increased evaporation and transpiration. Polar ice caps and ice sheets are also melting at a much more significant rate than ever before.  As we receive less fresh water and concurrently endure higher temperatures, we can only expect our ever-increasing population to demand even more of the precious H2O we all need to grow food crops, raise livestock, produce energy, maintain health and sanitation standards, and to quench our thirst.  Something must be done to save the resources we have now and prepare for a future without a steady supply of potable water.

CAN WE CONSERVE OR PRODUCE MORE FRESH WATER?

Current tactics to plan for drought conditions tend to focus on short-term measures, such as temporary water conservation and restrictions, water transfers, and increased use of groundwater supplies.  However, in order to stay afloat in an increasingly drought stricken world, we must incorporate long-term efforts that better prepare our planet for more frequent and severe water scarcity.

By simply reducing indoor water use through more efficient appliances, implementing water smart household technologies like low flow toilets and showerheads, and modifying water usage habits while increasing outdoor water efficiency through the use of desert style landscaping, updating wasteful or broken irrigation systems, and reusing storm and waste water, we can all help save the precious water reserves we have now.

In order to prepare for the future on a global level, though, there must also be comprehensive international changes like better monitoring and measurement of water usage and supply, more strategic use of groundwater, lakes, and aquifers as well as investment in the conversion of crude oil carriers to water pipelines and the construction of desalination plants to offset the drain on existing freshwater resources.

Since the ocean is the largest water reservoir in the world, desalination has gained increasing popularity due to necessity.  Desalination is not a new phenomenon though.  Originating in the Middle East around 49 B.C., people have been turning salt water into fresh water for thousands of years.  But recently, within the last thirty years, the most arid places on Earth have depended almost exclusively on constantly advancing, high-tech desalination facilities to turn ocean water and brackish groundwater into fresh aqua sources.  With plants now operating in more than 120 countries around the world and over 21,000 facilities providing water for more than 300 million people in places like Saudi Arabia, Spain, Greece, Italy, China, Japan, and Australia, the technology improves greatly year after year and we can expect to see these water factories sprouting up in areas where freshwater rapidly becomes more scare.

While the operational and construction costs of water treatment plants are historically higher than retrieving water from other sources, costs are decreasing and they offer a sure way to provide drinking water to areas where those sources are close to being tapped out.  The first official U.S. desalination plant was built in the 1960’s at a Guantanamo Bay, Cuba United States naval base when water supplies were cut off in retaliation for the Cuban Missile Crisis.  American soldiers were able to build their own desalination plant which produced 3.4 million gallons of water per day and allowed them to achieve complete independence from the Cuban government.

Following that feat, Americans have seen desalination technology introduced all over the United States, with the heaviest implementation in Texas, Florida, and now on the West Coast.  California has recently begun construction on what will be the largest desalination plant in the western hemisphere.  The $1 billion project, which broke ground in 2012 after defeating 14 lawsuits and appeals from environmental groups, is expected to begin operation in 2016.  Located in Southern California along the San Diego coast, this facility will provide 50 million gallons of drinking water per day for county residents.  Faced with the hardest hitting drought they’ve experienced yet, California is now planning fifteen more plants from the San Francisco Bay area on down to the Los Angeles coast.  Today there are over 2,000 facilities in the U.S. that provide desalinated water to both industrial and municipal consumers and many more are currently in development.

Though water itself is a natural creation and technically a renewable resource, human caused climate change is making fresh, potable water a valuable and scarce commodity – one which we cannot live without – and that is much more precious than gold.  On a global level, we must all do our part to reduce the impact we have on this planet and stop the devastating effects of climate change before our water needs outpace our supply and the human footprint overshadows the Earth.

For more information on current world drought conditions, you can visit http://www.climatehotmap.org/.  Please also visit our website www.GreenGlobal.org to learn more about global warming and brush up on simple changes anyone can make to help stop climate change.  We’d love to hear your opinions and ideas on water conservation too!  You can tweet us @GreenGlobalOrb or comment on our Facebook page: https://www.facebook.com/greenglobalorb.  We look forward to hearing from you soon.