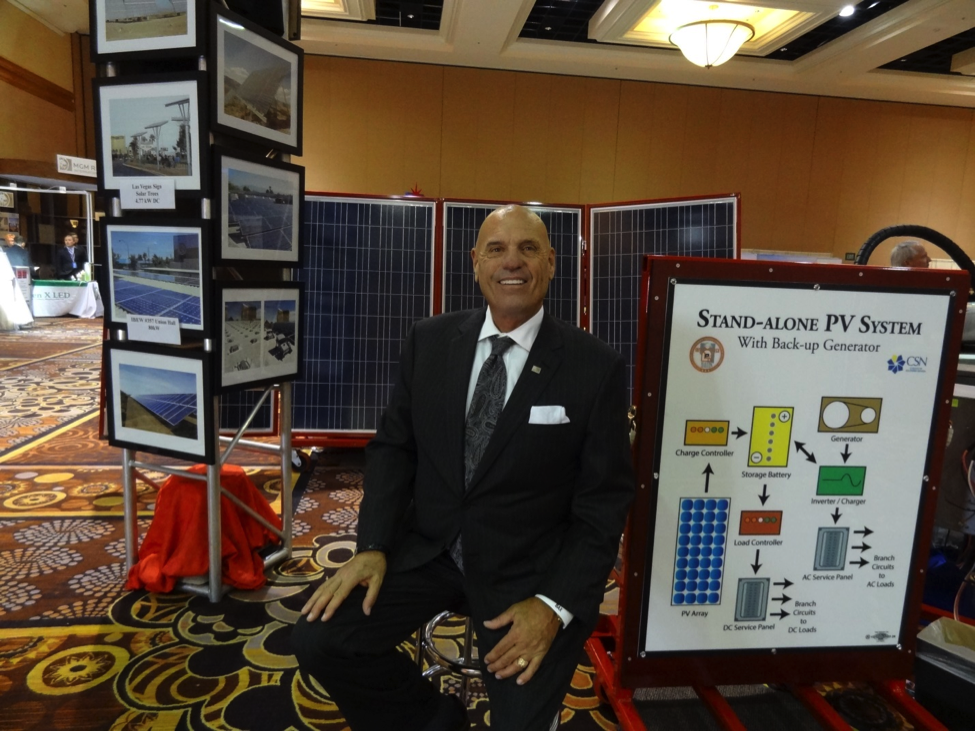 Good afternoon dear readers and welcome back to WeThePeopleLV.com!  I am Ken Baxter of Las Vegas and today is Friday, September 26th, 2014.  As promised in my recent post on KenBaxter.com, I mentioned that I would be continuing the discussion of our illustrious experience at the National Clean Energy Summit earlier this month at Mandalay Bay Convention Center.  Though we attended the Summit on behalf of Green Global, our public charity dedicated to Climate Change Reversal and the preservation of our precious Amazon rainforest, I found that many of the concepts introduced at the event apply multilaterally to my other business endeavors.  Therefore, on behalf of my privately held company, We The People, I’d like to present some important insights garnered from the engaging speeches given at the event by some of the most powerful voices in America.

In case you are not yet familiar with We The People, I created this company to preserve and protect the rights of American citizens.  As a democratic nation, America has bestowed upon its citizens many protected rights and freedoms other countries deny their residents.  Despite the efforts of government intervention, we recognize that U.S. citizens are still taken advantage of by organizations promising to provide goods and services that benefit the people, but, in practice, do not measure up.  Since We The People is founded on the principles of honesty, integrity, unity, and transparency in all of its operations, our goal is to hold all other companies and organizations to these same high standards.  In tandem, we are focused on becoming the vehicle for change and forging the way for the economic recovery of this great nation by re-invigorating our reputation and stature within the global community and providing U.S citizens with avenues to job opportunities so they may become valuable contributors to society and providers for their families.

Now you may wonder – how is a clean energy conference relevant to We The People or to the average American citizen?  The answer, dear readers, lies in the question.  We The People is a company made up of ordinary American citizens, who share many of the same goals and concerns that Renewable Energy activists and leaders are addressing today.  Not only was this event a forum for Clean Energy advocacy and progress, but also for American job creation due to the amazing advancements in Clean Energy production, harnessing, and data analysis.  These notable achievements have also ushered forth the promise of a cleaner, better, more stable and economically self-sufficient America as well as offer her people more affordable, safe, reliable sources for the utilities we depend on so heavily in a developed nation.

Another significant reason for We The People’s interest in Clean Energy advancement is based on the potential for discovery of unethical protections and favors being given by the government to “Big Business” traditional energy providers.  New, alternative providers capable of producing and harnessing clean energy, better monitoring and more regulated disbursement of energy products, as well as the potential for “Off the Grid” living may serve as solutions to the usual woes of significant and constant rate increases for both businesses and everyday consumers.

As I mentioned, one of the highlights of the Summit was getting to hear some very informative and enlightening speeches given by a few of the most influential leaders in America, including  U.S. Senate Majority Leader Harry Reid.  Both exemplary advocates of Clean Energy Policy Reform, they provided many insights into our continuing, hard-fought transition to renewable energy sources in the U.S. and all over the world.

Senator Harry Reid (D-NV), host and featured speaker, presented discerning dialogue regarding the state of renewable energy in the U.S. today and particularly in Nevada.  In fact, he noted that in 2013, forty percent of all new electricity installed was from renewable sources and that investments in renewable energy has topped $100 billion in the last two years.  Interestingly, he shared that the cost of wind power has dropped 40% since 2010 and that wind energy now powers 15.5 million American homes.  Additionally, as of 2013, there were 400,000 separate solar panel installations, a 41% increase from the year before.

In Nevada alone, Reid proudly proclaimed, “$6 billion has been invested in the renewable energy industry and infrastructure; great for our economy and even better for the environment.”  In fact, Nevada leads the nation in geothermal and solar energy capacity, per capita.  On top of that, five large-scale solar energy facilities are currently under construction in the state, able to generate more than 800 megawatts of electricity, enough to power over 800,000 homes a year.  Especially exciting was his discussion on the National Smart Grid, a wide scale transmission line being built to share energy all over the U.S., starting in the west with the “One Nevada” section.  Finally, one of most lucrative achievements for Nevada is the introduction of Elon Musk’s new Tesla “Gigafactory” which will produce lithium batteries for Tesla’s electric cars and will also create thousands of new good paying jobs in the state, home to the only operating lithium facility in the Unites States.  Good work Nevada!

As you can see, when we learn and work together as a nation and as a globe, we can lessen our reliance on fossil fuels, become more energy efficient, and even reverse some of the negative effects of Climate Change.  This year’s Clean Energy Summit was both inspiring and informative and motivated us to push even harder for change!  We thank all of the leaders and visionaries for sharing their wealth of insights with us and for showing us all the positive developments in Clean Energy that are already underway or on the horizon.

We hope you will join us in our mission to not only reduce our carbon footprint on the planet and reverse climate change, but also to help create jobs for millions of Americans by supporting the Clean Energy movement!

To find out more about the National Clean Energy Summit, please visit: http://www.cleanenergysummit.org/.  We hope you will also check out our website: http://wethepeoplelv.com/, where we make it our mission to protect and preserve the rights of all Americans and stand by our motto – “Of the People, By the People, and For the People.”  Also, if you want to learn more about Climate Change and its effects, please join us at: http://greenglobal.org/.

Have a wonderful Friday, dear readers!  It is always my pleasure to share my time with you and please look out for our weekly blog updates at http://kenbaxter.com/.  There is plenty more to come, so please check back often!

GREEN GLOBAL IS PROUD TO BE A PART OF “NATIONAL CLEAN ENERGY SUMMIT 7.0: PARTNERSHIP AND PROGRESS”!

SAVING THE AMAZON: THE LUNGS OF OUR PLANET