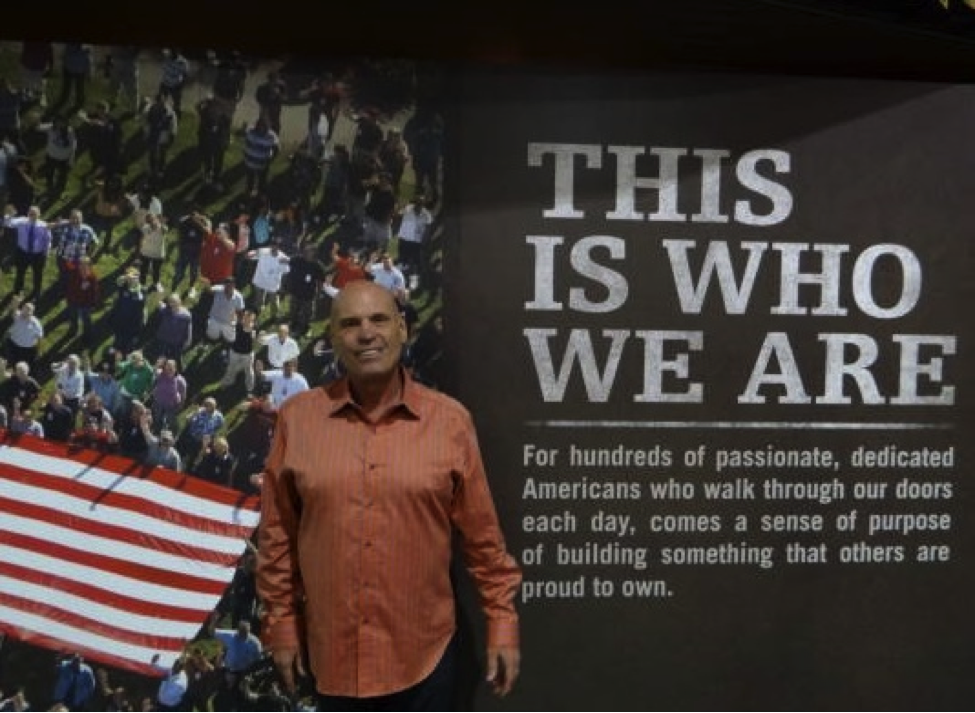 Good afternoon dear readers and welcome back to WeThePeopleLV.com!  I am Ken Baxter of Las Vegas and today is Thursday, November 27th, 2014.  I’d like to begin by wishing you all a Happy Thanksgiving!  While we reflect on our individual blessings this fine holiday, I hope you will also remember the bounty and prosperity we receive each day just by living in the land of the free and the home of the brave.  As we carve our turkeys and dish out the stuffing at the family table this year, let’s all pledge to thank our U.S. soldiers and veterans for preserving our freedoms and protecting the rights and liberties we hold so dear.  Without them, our country would not be the independent nation it is today!

Speaking of blessings, one of the things we should be most thankful for is the gift of good health!  When we take care of our bodies, nourishing it with good food and proper nutrients, it is in hope of avoiding health problems and illness in the future.  As famous Founding Father and notorious inventor Benjamin Franklin would say, “An ounce of prevention is worth a pound of cure.”  But what would you do if preventative measures failed and you were to become ill?  For most people, the first step toward healing is heading straight to the doctor to explain their symptoms and seek treatment.  Nowadays, as it goes with modern medicine, many illnesses are treated with a simple prescription to get our health back on track.  An antibiotic here, a painkiller there, what’s the difference if it makes us feel better?

The issue is that our reliance on prescription drugs is growing leaps and bounds year after year.  While many prescriptions are deemed medically necessary for treatment of life-threating illness or unremitting disease, some are simply over-prescribed.  Did you know that the United States is the world’s largest market for pharmaceuticals? Nearly 70% of Americans are prescribed at least one medication, and more than half of those people take two or more prescribed drugs, according to Mayo Clinic and Olmstead Medical Center researchers.

Furthermore, no less than 20% of Americans are currently prescribed five or more medications.  Researchers go on to say that antibiotics, antidepressants, and painkillers are the most commonly prescribed pills in America.  Perhaps the most shocking figure is that spending on prescription drugs costs us nearly $280 billion per year and accounts for 12% of the total health care expenditures in this country!

Though advancements in modern medicine and innovative medical technology have improved quality of life dramatically, our reliance on prescription drugs is clearly out of hand.  No other country in the world spends as much on health care and medicine than we do.  “Every year, the United States spends more on health care than Japan, Germany, France, China, the U.K., Italy, Canada, Brazil, Spain and Australia combined.  In fact, if the U.S. health care system was a separate nation it would be the 6th largest economy on the entire planet.” – Michael Snyder, End of the American Dream

Something is clearly wrong with this picture.  As a taxpaying, contributing member of society and founder of We The People, a private company dedicated to preserving and protecting the rights of American citizens, it is my duty to let you in on one of the biggest covert scandals the people of this country are facing today.  It is high time We The People delves deep into the realm of the pharmaceutical industry’s premeditated, abominable, and uncontested grasp on America.

This country is home to some of the brightest scientists and innovators anywhere on the planet and is also the world leader in biopharmaceutical research.  There are more than 3,400 compounds currently being studied in the United States alone.  Big pharmaceutical companies in America are worth their weight in gold to the U.S economy.  Not only do they rake in nearly $85 billion dollars a year in revenue from newly created drugs alone, but they are also constantly making new “medicines” to replace revenue streams lost to patent expirations and the introduction of competitively priced generic equivalents to the marketplace.

Yet, while domestic prescription drugs are supposedly heavily regulated by the American Food and Drug Administration for safety, efficacy, and manufacturing quality, we also foster the largest free-pricing market for prescription medication in the world.  The rationale for this “free-for-all” drug pricing strategy in the U.S. derives from pervasive insurance (or third party payment), which makes patients insensitive to prices, hence creating incentives for suppliers to charge higher prices than would occur without insurance. The only saving grace for Americans is the price limit both public and private insurers place on the amount they will ultimately pay for ANY insured health services, thereby somewhat limiting drug costs.

Interestingly, American advertising for prescription medication is also way out of line compared to other countries around the globe.  Do you ever watch television and note all the commercials dedicated to promoting the latest new drug promising relief for every health condition from psoriasis to high cholesterol?  There are hundreds of advertisements in the U.S. promoting the latest new drugs targeted not at medical professionals, who are the ones responsible for prescribing those drugs, but toward the consumer, who in turn demands these newer, “better” medicines from their doctor.

It wasn’t always this way though.  Up until the mid-1980’s, FDA regulations required that drug ads include both the name of a drug, its purpose, and a complete list of side effects.  Side effect information would take up nearly three pages of a printed magazine!  No television ad campaign could squeeze all that in with just a few seconds of ad space.  Mysteriously, over the next ten years, regulation and FDA rules became more lax, eventually allowing the big pharmaceutical companies to get away with promoting these hot new medications with just a quick mention of “the possibility of vomiting, inflammation, night sweats, stroke, or death” and a brief directive to “talk to your doctor!”

Unsurprisingly, a third of consumers now report to have seen a drug ad and at least mention it to their doctor.  Of those, about two-thirds have even asked for that prescription and a majority has their request honored.  What a scary thought to have the patient leading the doctor, not the other way around.  You could have a prescription for just about anything, all you have to do is ask!  It is definitely true, now more than ever before, Big Pharma has turned the American consumer into the best, most persuasive sales rep a brand could ever hope for and all for the sake of increasing profits.

Amazingly, direct-to-consumer advertising for prescription drugs is banned in EVERY other country in the world except America and New Zealand.  Both controversial and inherently dangerous, these ads have little to no positive effect on people and governments of other countries realize that and want to protect their citizens.  So does that mean American government does not care about its people?  With rampant fraud, kickbacks, price-setting, bribery and illegal sales activity, it is really hard to swallow the answer to that little “pill”, don’t you think?

With that, dear reader, we’ll be back with more on this controversial topic after the holiday.  We The People is digging deep to bring you the most up to date and insightful information about this and many more topics we as American consumers should be concerned about.  I hope you will join us in our mission to expose these wrong-doers and continue the good fight for the rights of American citizens!

On behalf of all of us at KenBaxter.com and We The People, have a very Happy Thanksgiving!